The Burning of the Parthenon

For a school project Sophie and a friend were required to make a scale model of the Parthenon.

There was some good father/daughter time involved, and a beautiful replica was created. This was at Christmastime.

It is now April.

And we still have the Parthenon.

It migrated around our house, going from the dining room to the living room until finally finding a temporary home under the coffee table.

“We have to do something with the Parthenon,”  I finally told Scott.

“Who taught you to use matches?” I said.

Thanks a lot, dear brother.

So for Family Home Evening (something we do every Monday night) we took a box of matches and commenced the destruction of the Parthenon.

Since we are responsible parents, we also used this as an opportunity to teach the kids how to use a fire extinguisher.

It was pretty exciting for everyone involved, and filled with valuable teaching moments.

We wanted to let the flames consume as much of the Parthenon as possible before we let the kids use the extinguisher, so we let it burn. 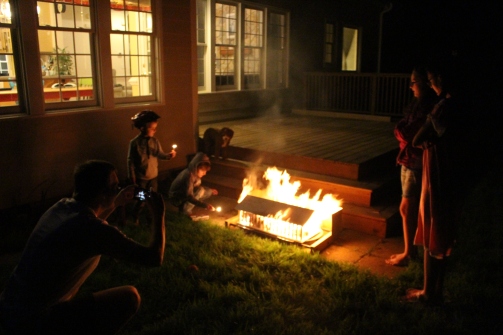 There were photos taken, and some merry-making. 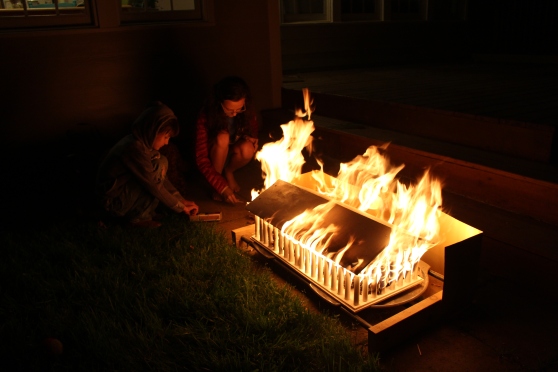 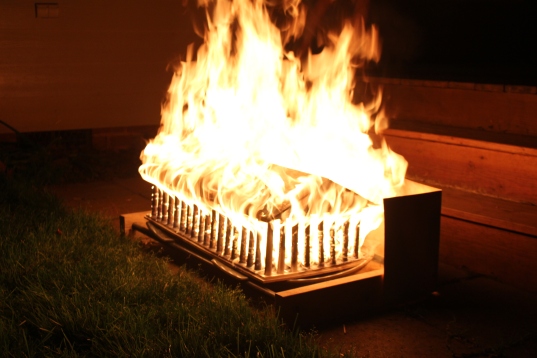 At one point the merry-making stopped and we all watched the fire with a growing sense of unease.

“Perhaps we should not have done this so close to our house,” I murmured.

“Nah, it will be fine,” said my husband.

When the flames started to melt the aluminum barricade that stood between the Parthenon and our deck I thought this was the perfect time to share a little family history.

“You know . . . ” I said. “The mountains around Malibu often catch on fire, and when my mom was a little girl her dad would sometimes stand on the roof with a hose to wet it down so their house didn’t burn.” 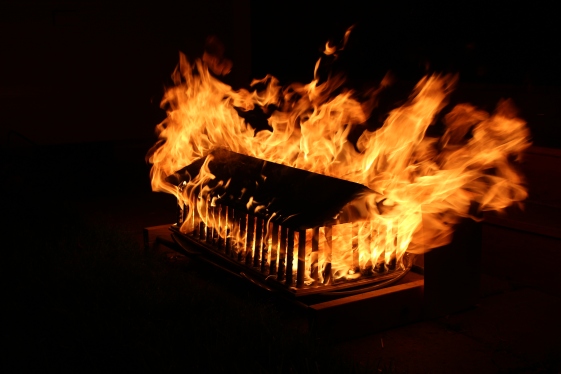 Once the side of the house and the deck were hosed down we felt better.

Then we decided it was time for the kids to do their own fire fighting. 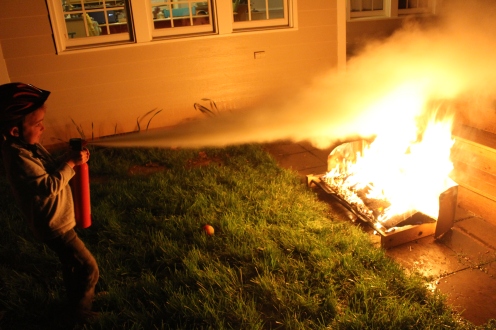 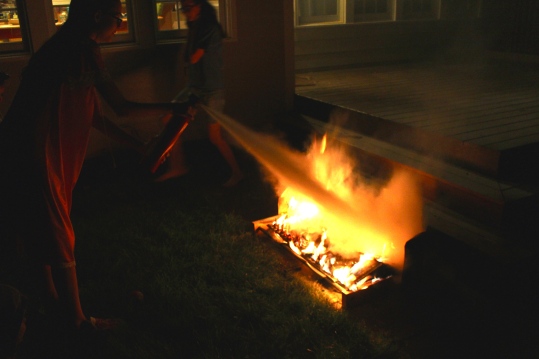 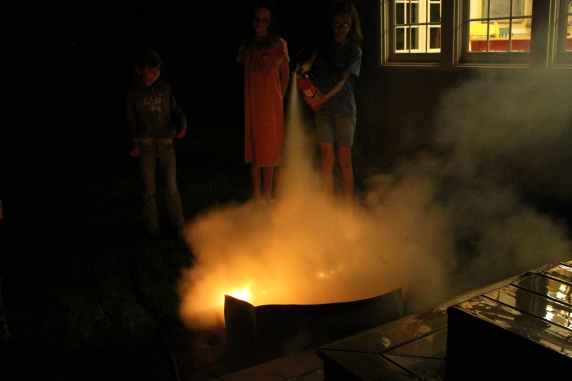 Family Night didn’t last too long–maybe 20 minutes at most. By the end the Parthenon was an ashy pile of black ruins. Although it became a little dicey there for a moment, now we have four kids who can wield a fire extinguisher.

And our house is still standing.

5 responses to “The Burning of the Parthenon”